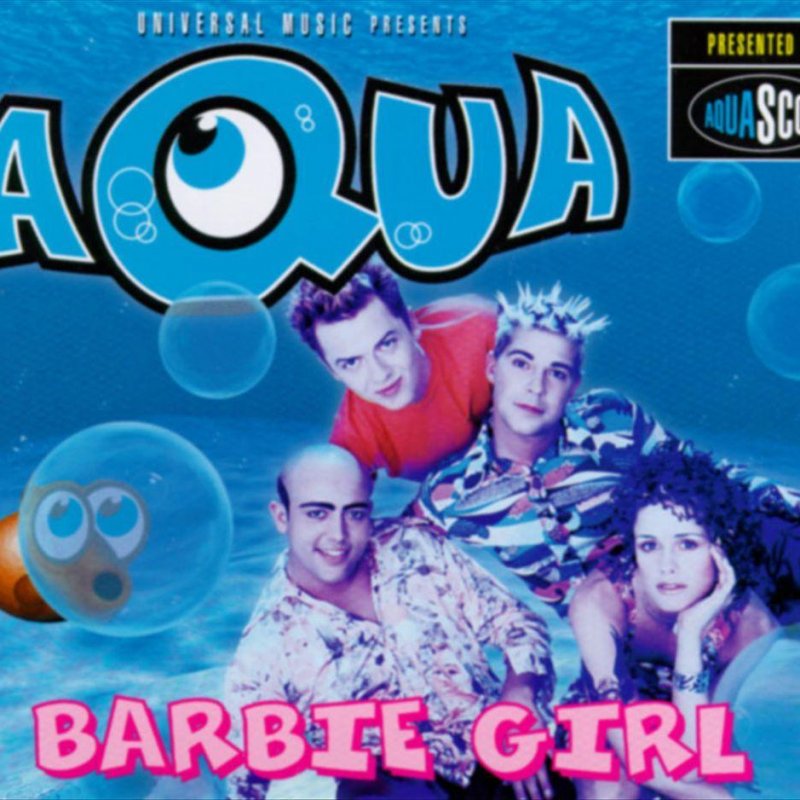 ‘I’m a Barbie girl, in a Barbie world’ sings my daughter as we walk down the road. ‘Come on Barbie!’ my son tunelessly adds next to her ‘Let’s go party’. Their warbles bounce off the walls off the (mercifully deserted) street. My partner squeezes my hand a little too tightly and glares at me. Yes, I am responsible for this.

I’m on a serious nineties music kick at the moment. It’s probable all down to that period being tied up with my years of going out ‘dancing’ and drinking. I added quote marks to dancing as if you ever saw me ‘dancing’ you would probably tell me that if at any time in the future I wrote about my ‘dancing’ I would need to use quote marks to differentiate between what most people class as dancing and what I do.

Demon-possessed person being flung around probably covers it best.

It was these tunes that were the background to my youth, or early-to-mid twenties anyway. And so it’s with wistful nostalgia that I’ve been hitting that repository of everything that is YouTube, in order to get my vintage fix. It pains me to type ‘vintage fix’ when referring to the nineties I’m not going to type ‘retro’.

One of the tunes that I wouldn’t normally listen to though is Aqua’s Barbie Girl. That’s because Barbie Girl is, by any definition, a bloody awful song. It’s even worse when you watch the music video of it, then it’s as if someone has vomited skittles into your ears AND your eyes.

It would never be made these days – with its lyrics objectifying women and giving men all the power.

That plus it’s bloody, bloody awful.

I did feel that my daughter would like it though, as she’s very much a girlie girl, and loves all things pink. And all things Barbie. I also thought it might be nice for her to view it with her brother, as a kind of history lesson, and insight into what we used to send to number one in the music charts back in ‘the day’. Sigh.

So yes, I made the mistake of letting them watch it on my tablet, one wet boring Sunday (It’s April so basically pick any Sunday). Oh dear. Whatever possessed me (Not the dance demon at least, his days are done)?

I made the further mistake of leaving my daughter alone with my tablet while I helped my son with some of his crafts. She watched it on a loop, again, and again, and again…

So now I’m in the envious position of being unable to escape the lyrics of the Danish-Norwegian dance-pop. It follows me around, like the worst backing soundtrack you could ever imagine.  To be fair to them both they aren’t causing anywhere near the amount of aural damage that the original song was responsible for.

What’s possibly worse, even worse than the way my partner now looks at me when they start singing it, is the fact that I now hum it to myself. I also correct them if they sing the lyrics incorrectly. So when my daughter sang ‘Come on Barbie let’s go Barbie’ I told her that instead of the second Barbie she should actually sing ‘Let’s go party’.

What’s wrong with me?

I’m going to let them listen to STEPS next.

Tragedy? Yes, yes it is.