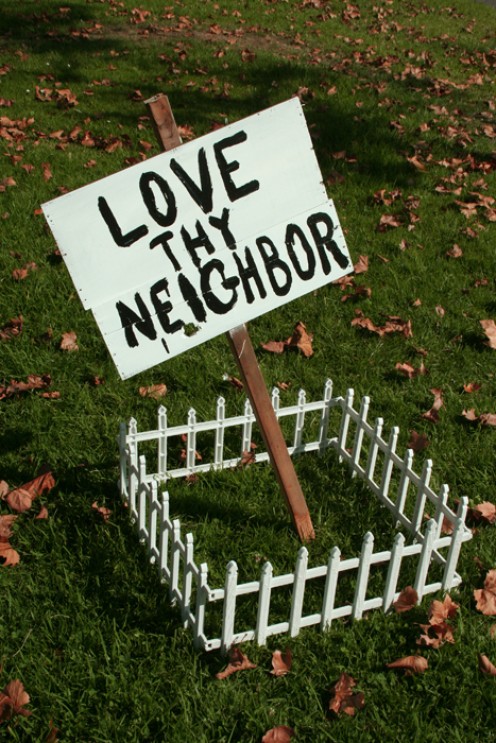 So since moving to France I’ve made an effort to get to know, and get along with, my new neighbours in our village. We live in a block of six houses – kind of like a row of terraced ‘cottages’ – and by and large everyone is nice and friendly.

I have taken to calling these three exceptions Chicken Head, Turtle Head and Bland. Chicken Head and Turtle Head live together, in the house next-door-but-one to us. Bland lives on the house at the opposite end to us (we live at the other end). On many occasions have I said hello, good evening or tried to make eye-contact with these three, but have been met with grudging replies or, if I don’t make the first move, nothing at all. A stark contrast to the other neighbours.

Being the petty-minded person that I am (hey, I’m a big enough man to admit I’m a small man about some things) I have taken this personally and given them the above monikers. Why those names I hear you ask? Well it’s a straightforward case of ‘if the shoe fits’. Thus Chicken Head has a head like a chicken, Turtle Head has a head like a turtle (maybe more like a terrapin, actually, but that doesn’t roll of the tongue as easily) and Bland is, well, bland.

At first I thought it was just me, maybe they don’t like the British. But then I observed their behaviour with the other neighbours, and realised they were just very ‘cliquey’. Oh and did I mention Bland is pregnant? At least that’s what my partner thinks, I personally hope she’s just fat. Why hope? Well because she smokes like a chimney, and I refuse to believe in this day and age, and with already having a child, that she would be putting herself before this new life.

But yes, she may be pregnant, and the only man she spends any time with, in fact all of the time with, is Chicken Head’s husband. That’s not to say that it’s just her and Turtle Head, they aren’t ducking away to do their seedy business, at least as far as I’m aware. No, it’s always all three of them, all of the time.

This ambiguity over the possible-pregnancy’s possible-parentage has also  led to them being collectively labelled as ‘The Sect’. I wouldn’t risk the wrath of the internet by putting up pictures of them, I’m not that small a man, but believe me when I say, this is not a sect you would want to join. Unless small, bald men or round, sturdy ladies is your thing.

So yes, I have given them these nick-names, and have clearly been using them with a bit too much abandon. This was brought home to me last night, when the kids and I were out at the front of our house in the glorious sunshine, just messing around on bikes. After finishing work my partner joined us, and we were sat chatting with a girl who lives next-door to one of the aforementioned neighbours (they have a swimming pool but, this young girl informed us, they don’t let her play in it as ‘They have enough with their own daughter’, nice people, eh?).

It seemed like this mention of the neighbours was enough to call them forth because, like a trap-door spider, one of them popped out and immediately began puffing away on a cigarette.

My son pulled up on his BMX in front of us, and maybe a few yards away from where the  miserable neighbour was stood, smoking away. ‘Daddy, daddy’ he called out to me ‘Look, it’s Chicken Head!’.

Things to note: 1) in future don’t use your secret names for your neighbours in front of your kids and 2) be grateful they don’t speak a word of English*.