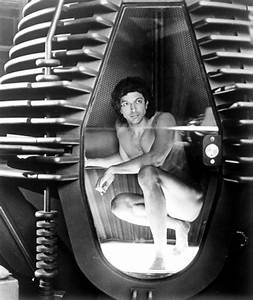 I believe I broke through the £300 barrier today – that’s the approximate value of Lego I have hoovered up.

In days gone by I would bend down and pick them up, but then I discovered that ‘accidentally’ hoovering them up was easier. I also realised I was fighting a losing battle, as for every 1 piece I picked up my kids would drop 6 more.

I draw the line at figures (complete figures only, heads still go up the tube) and pieces in excess of 10cm, but everything else is fair game.

They get everywhere. I guarantee that if you look under any parent’s sofa it will look like a Lego-battleground; heads, wheels, arms, blocks, lights, tools, legs, those pointy corner bits – they’re all under there. I recommend the narrow attachment for this. Another tip – if you can’t quite reach them all under there, and you have a rug – drop it at one side of the sofa and the resulting breeze will blow the parts towards you – as well as all the dust-bunnies.

The kids might not be happy, but at least when I go for a pee at 4 a.m I don’t wake the house up with my cries of anguish after stepping on Lisa Simpson’s Lego-head.

I bet the first thing you thought when you read that title was ‘Big deal, NOBODY likes queuing in supermarkets, but you don’t see me writing a blog about it, do you?’. And you’d be right, but I’m going to write one anyway because writing about it is cathartic and also because I’ve got a bit of time to kill before I go out for my run.

Plus because I REALLY hate queuing in supermarkets, I bet more than you.

I’m at stay-at-home-dad and as such I’m frequently at the supermarket. Because If I didn’t go my kids would use my t-shirts to wipe their bums, and would have to fight the cat for food….actually that might be quite entertaining.

Not the t-shirt thing, the cat thing.

I’m using bullet points, because I want to highlight each and every bloody annoying thing about queuing, but this will probably be impossible because NOBODY can fully encapsulate all there is to hate about this horrible thing we all have to endure….

Are you tired of endless questions from your kids? Do you grind your teeth every time one of them asks you ‘where are we going?’? Or perhaps, after telling them where you are going, you are going hoarse from constantly answering the follow-up question of ‘Are we there yet?‘ Or maybe you just want a relief from the constant stream of gibberish questions that children emit, every second, of every minute, of every hour, of every day?

You could want respite from such quandaries as:

‘Why is that car there?’

‘Why can’t I drink some cola?’

‘Why aren’t you and mummy married?’

‘Why can’t I have some chocolate?’

And many, many, many, many more…well fear not, because Philco Industries have created the all new Stupid-Bloody-Questions-That-Children-Keep-Asking-And-Follow-Up-With-Even-More-Bloody-Stupid-Questions-Till-You-Start-Thinking-That-Being-Sectioned-Might-Be-A-Good-Thing-Dampener-Board (name subject to change).

Simply insert this board in the car, tell the kids ‘It’s to cover the holes in the fence that the cat keeps using to go next door‘ and then sit back and relax, as the questions are blocked out* and absorbed** by the reassuring 2 inches of wood.

This faux-limo-style separation between you and your darling, adorable, lovable but oh-so-bloody-annoying children, will mean that journeys will fly by***.

Available in all leading stores SOON****!

*You can still hear them

One day in the kitchen…

Me: ‘Oh nothing special, just a bit of toast’

Another day in the kitchen…

Me: (Stretching and rubbing sleep out of my eyes) ‘Mmm think me and the kids’ll have a taste of France for breakfast’

My Smoke Alarm: ‘Morning Phil, what’s that you say, fancy something different?’

Me: ‘Yep, just slid a couple of pain au chocolats in to the mini oven, don’t take but 30 seconds to co..’

My Smoke Alarm: ‘PASTRIES! PASTRIES! FIRE FIRE!!! GET OUT CALL THE POLICE!!! THE HOUSE IS GONNA BURN DOWN!!!!’

Me: (going deaf in one ear due to pitch of alarm) ‘Where’s the tea-towel gone? stop making that noise!!!!’

One day in the garden…

Me: ‘The sausages are nearly done, who wants some first, hey son, don’t open the kitchen door you’ll let the smoke insi…’

One day in the living-room…

Me: ‘Okay kids, that’s the pumpkins all carved up, now lets put some candles inside th…’

My Smoke Alarm: ‘SAVE YOURSELVES!!! FORGET ABOUT ME!!! RUN, RUN FOR YOUR LIVESSSSS!!!!’

It’s a couple of days after completing our final journey to France from the UK, a lengthy 13-hour trip that I won’t miss. The contents of our house has, as it will not fit inside a mark 8 Honda Civic, made its own way there.

That’s to say we’ve hired a removal company – we don’t live in The Beast’s house from Beauty And The Beast and so our furniture cannot walk and catch a plane, train or automobile. It is also incapable, praise the lord, of singing.

If my furniture could sing it would also be screaming as I would burn it immediately.

Or sell it on eBay.

The removal guys have just finished unloading all our furniture. They are from a Polish, UK-based company, but are not Polish themselves, rather they are Romanian.

They’ve done their work efficiently and quickly up to this point, although the older – let’s say, ‘cuddlier’ – one of the two has moaned a few times about the boxes being unlabelled. ‘I don’t know where it goes’ he has said on several occasions, sweat running down his face, ‘but it’s heavy’.

I’ve felt bad, as I have been unable to offer them a hot drink – they have my kettle! – but they don’t seem interested anyway, just keen to finish.

It’s just before 3pm – they arrived at 9.30am – and now they have placed the last piece of furniture in the living-room and are ready to set off to their next destination (‘Toulouse’ they tell me ‘ten hours’ drive’ ‘You will have a break though?’ I venture, the only response I get is a shrug of their shoulders).

They then become uncharacteristically chatty, well the cuddlier one does anyway. Am I buying this house? Renting? How much is the rent? Why am I moving to France? the questions keep coming.

I answer them to the best of my ability – there are a lot of unknowns about my current, and future, situation. Cuddly removal man then pours out his heart to me.

I learn that he pays £600 to rent one bedroom in a house in London. He can’t save any money. He hasn’t seen his 18-month-old son for a long time. He used to work on cruise ships as a chef, the money was good, he once earned £2,500 per month on a smaller boat cooking for a family of five. He might buy a couple of vans, and come to France, set up his own business. He can’t afford the rent.

This goes on for some time and there’s a definite air of expectation about them, then I realise – they want a tip.

I’ve encountered this kind of behaviour before. Once in Tunisia on an all-inclusive a barman that had been incredibly distant with us throughout our two weeks there suddenly lit up like a Christmas tree on our last day, hoping we’d leave him our unwanted change.

We’ve paid out almost three-thousand pounds for them to move us and, despite the authentic performance being put on, they have two major obstacles in their way.

The first is that I do not respond well to this kind of tactic, it puts my back up and it also sours the otherwise impeccable nature of their service.

The second, and most immovable obstacle is the simple fact that I don’t have a Euro to my name. I’m a pauper. Oh on paper I’ve got a few quid – I’m not stupid – but it’s all UK money, the markets being dreadful at the moment.

I’m also lacking employment, so until this changes someone wanting a tip out of me has more chance of getting blood out of a stone.

Maybe I’m being too cynical, maybe they weren’t after a tip and just wanted a sympathetic ear…

…but no, I’m fairly sure that if the cuddly one was on his own he’s have rubbed his fingers and coughed suggestively at me, the universal sign for ‘Give me some extra money for a service that you have already paid for’.