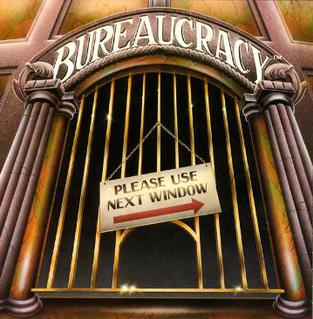 I’m going to make a board game based on French bureaucracy. You can choose from exciting categories such as ‘Driving licence’ ‘Bank account application’ ‘Change of address’ and (the choice for extreme players) ‘CPAM application’.

The game will annoy you even before you start to play it. This is because the game’s box will come wrapped in 6 layers of that plastic stuff that they put headphones/cables/Micro SD cards in,  you know that stuff that’s responsible for 30% of all visits to A+E due to self-inflicted knife-injuries.

The only instructions provided will be in Japanese and ancient Mayan. They will also dissolve on contact with oxygen.

All playing pieces will be identical so that nobody knows whereabouts they actually are in the game. Even if they try and remember the board will come with a ‘shake’ feature that rearranges all pieces, at random points during the game.

The game will come with a free six foot by four foot section of brick wall for the participants to punch. And every time you hit it a French voice will say “‘Désolé mais vous avez oublié de signer le bas du formulaire'”

Every third roll of the dice will result in you starting again and having to resend all your original documentation.

There will be a battery-operated phone provided that, when you roll a six twice, you have to use to contact customer services. Nobody ever answers.

In a bid to reflect the way French life runs the board will shut down for two hours every day at 12pm prompt (or 11.48 sometimes). It will then stay closed for two hours and reopen at 2pm prompt (or 2.35 sometimes). It will close quickly but open glacially slowly and making a deep sighing noise as it opens, and then tut at you for ten minutes while you try to remember what you were doing before it closed.

Some people that I have shared my idea with have likened it to Monopoly. I disagreed with them however, as Monopoly only takes 8 months to complete, whereas this game will only end when all participants have died.

It’s going to be a bit like Jumanji but with less rhinos and monkeys and more paper and screaming at walls and pleas of ‘WHY GOD WHY? WHY CAN’T THEY COMMUNICATE WITH EACH OTHER? WHYYYYYYYYY???’.

2 thoughts on “French Bureaucracy: The Board Game!”