Each year my village celebrates the ‘Auld Alliance’ that exists between Scotland and France. We are the last village in the country to keep this tradition going – I don’t know why the other slackers dropped out, maybe they fell out with Scotland?

So each year hordes of Scottish people (usually around 30, does that constitute a horde?) and various people from across the globe descend on our sleepy village to make a lot of noise to commemorate this historic link. The festival runs for three days and three nights, starting on the Friday and finishing up on the Sunday.

There are a variety of activities that go on – traditional methods of making shoes, tools and armour are displayed. Feats of strength such as caber tossing and wrestling sit alongside sword-fighting and archery displays.

There were even dogs pulling barrels full of booze this year.

I did not ask if the dogs drank any of it, this is France so they probably did though.

I always take loads of pictures, and that’s what this blog will feature. There will be lots of men in kilts, so if you don’t like that I’d stop reading now.

On the plus side though, at least you can’t hear the bagpipes. I could. They are bloody awful things if you ask me. 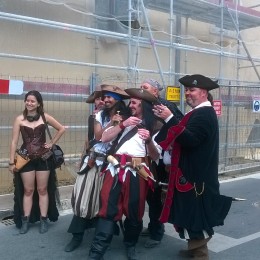 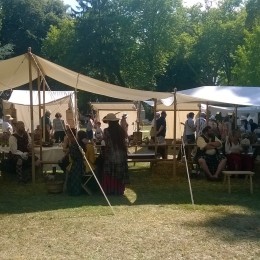 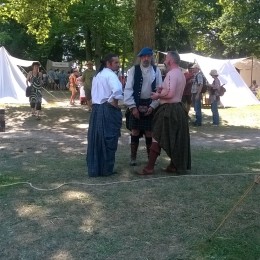 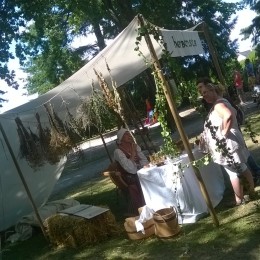 So just for my imaginary readers Shirley and Clive here is a dog pulling a barrel full of booze: